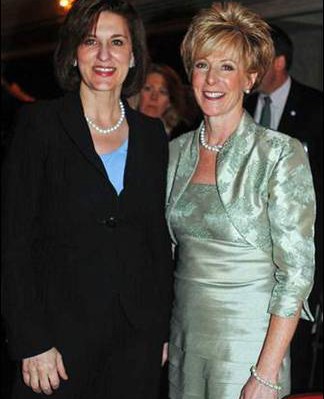 WORCESTER — Victoria Reggie Kennedy told the audience gathered last night for the Worcester Community Action Council’s 45th anniversary celebration that the antipoverty organization is as vital today as it was when it was created as an outgrowth of President Lyndon B. Johnson’s War on Poverty.

Ms. Kennedy, widow of the late Democratic Sen. Edward M. Kennedy, said her husband respected the work the Worcester organization does, and commended it for recommitting its efforts even as similar organizations are suffering in the tough economic times.

“Some people said caring for the poor was a luxury we couldn’t afford, that it was out of style, that it was a losing political issue,” Ms. Kennedy told the audience of around 500 people at Mechanics Hall. “But you knew we were talking about human beings, not politics, and you never stopped doing everything you’re about, to make lives better.”

The 45th anniversary celebration also included the organization’s Action Hero Awards, given to individuals, groups, and businesses who have had an impact on the council’s efforts.

The organization also announced the creation of the Edward M. Kennedy Scholarship Program, which will provide assistance for tuition, books, and supplies to college-bound youths. The scholarship will be funded by National Grid and the Quinsigamond Community College fund.

Deborah Penta, chairman of the board of directors at the council, called the late senator the organization’s “superhero,” and said his support of anti-poverty initiatives over the years, including the Economic Opportunity Act, which helped create organizations like the council, made him a worthy namesake for the scholarship.

Ms. Kennedy said organizations such as the Worcester one create hope for many individuals and families, and show them there are people who are there for them.

She said the organization reflects an ideal that the community and government can work together to make a difference in the lives of the poor.

She also said that Mr. Kennedy’s passion for health care reform, which was recently signed into law, fits into the Worcester council’s mission to help the poor.

“Health care reform is the most important social program since the War on Poverty started 45 years ago,” Ms. Kennedy said.

“We know that despite its great history, the Worcester Community Action Council’s greatest days are still ahead,” she said.

The MA Department of Transitional Assistance (DTA) recently received approval from the USDA to join the SNAP online purchasing program. As of May 29, Massachusetts residents can use their SNAP benefits to buy food online at Amazon and Walmart. This option promotes equity and safety for our residents receiving SNAP benefits, allowing low-income households access to the same purchasing choices as other shoppers.