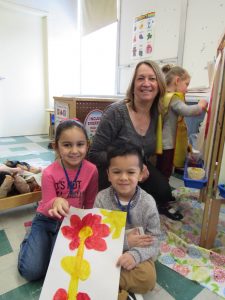 From her earliest days as one of nine children and the oldest daughter growing up in Puerto Rico, Carmen Altiery has always been around children. A second mother to her younger siblings she continued caring for little ones throughout her youth even babysitting frequently for other families throughout her teen years.

Shortly after graduation, a whirlwind romance found her married and moving to the United States. When three children of her own followed in rapid succession, she found herself struggling, in a new country, isolated by her limited English and facing mounting medical expenses given the family’s lack of health insurance (something her self-employed husband didn’t have).

Her second child required surgery for a club foot at just 9 months old. A stressful challenge made possible through Shriner’s Hospital in Springfield where she fondly recalls being supported by two Spanish speaking ‘angel’ nurses.

Eventually she took various second shift jobs at the former American Optic and Schott’s Fiber Optics – juggling care of her three young children with the assistance of her in-laws in to provide health insurance for the family,

When her children entered school Carmen found her true passion when she began first as a pteacher’s aide at Helping Hands Preschool, a part of Southbridge Public Schools. She took a Child Growth & Development course at Worcester State College and eventually found her way to WCAC’s Head Start program where she began working as a teacher’s aide making $7.50 per hour.

At the time there were minimal educational requirements needed to work in a classroom but as those requirements changed and became more rigorous, Carmen became the first from the Head Start program to get an EEC scholarship to enroll at Bay Path College, first completing her Associates degree in 2007 followed by her bachelor’s degree in 2011. She fondly recalls her English professor’s support in helping her find a tutor to help with her writing proficiency, particularly for a challenging American history class. She proudly graduated with a 3.5 GPA despite never enrolling in a formal ESL class. 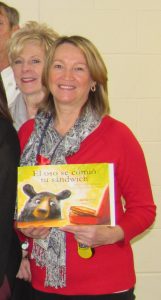 Throughout her 26-year tenure at WCAC, Carmen has worked in roles as a teacher’s assistant, lead teacher and now site supervisor moving and growing with the program as it relocated from McKinnon, Pleasant Street, Marcy Street, eventually settling at its current location in the former Southbridge High School at Cole Avenue in 2012. She thrives on seeing the children under WCAC’s care flourish and learn new skills – particularly those who enter with program with no second language, a challenge she can well empathize.

She likewise relishes the relationships she’s able to build with parents – encouraging their engagement with the Head Start program and seeing them grow just as their children. “I enjoy helping others and see myself as a bridge to help both our parents and teachers,” she says.

While the challenges children face today are far more complex that when her career in early education began and the curriculum and learning standards more rigorous, Carmen mentors new teachers to think outside the box and let the children be children.

“I know what I’ve been thru, and I use my background to help others,” she says, citing a Spanish phrase she professes regularly to parents, coworkers, and the children including her own – “Querer es Poder! – if you want to do it, you have the power to do it!”

IMPORTANT NOTICE: WCAC's main office remains closed due to ongoing building issues. Fuel clients can call 508-754-7281 to check on the status of your application by entering your social security number and/or to leave a voicemail for staff to call back. For all other home heating inquiries please contact For all other matters contact    (Updated 5/23/2022)