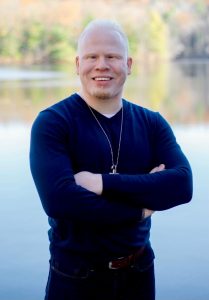 Meet Eddie ‘Bebe’ Lavergne, Case Manager for WCAC’s Job & Education Center. Born in New York, he moved to Worcester’s Main South with his family when he was ten.  He is one of seven siblings to parents who were pastors at a small neighborhood church. He describes himself and his brothers as ‘the worst little guys’ often an annoyance and embarrassment to his parents. He jokes that his dad had his own parking spot at their school because he was called in so often to address their bad behavior.

His dad was a musician. His mom a singer. His parents met through music and his father taught Bebe and his siblings. They practiced and performed at the small church and just got better. “We got pretty good at making good noise,” he says.

Despite the success with music, school was a different story. Often suspended, Bebe recalls “kindly be asked to leave” during his third year of high school. Often the class clown and tough guy, he now found himself surrounded by a lot of very similar characters when he was enrolled in an alternative school. “It was shocking,” he said. “Suddenly I was surrounded by a lot of ‘Me’s’ there… I didn’t like it and I became quieter.”

It was there that one teacher offered him what he describes as ‘the rawness of life’. “It was a truly life changing conversation… he said this is not who you are. I saw life very differently after that.” 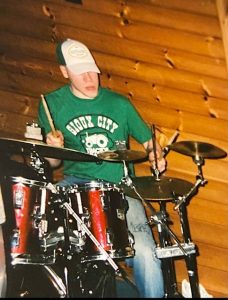 Finding it difficult to fit in, Bebe eventually dropped out of the alternative school. Ironically, he began to pursue his HiSET (high school equivalency certificate) at WCAC, but it was then that his music career really began to take off. He began touring with bigger musical artists, up and down the East Coast. By 21 the talented drummer was touring around the world. While Madrid, Spain remains among his most all-time favorite gigs, music has taken him to all but four of the fifty United States. (He subsequently earned his HiSET later through another program.)

While the touring life was fun and financially rewarding, Bebe realized he was missing out on being with his young family. The father of two decided it was time to settle down. Through his music he began involvement with performing Christmas concerts at the Department of Youth Services, a tradition he continues to this day. He recalls looking at the faces of the young people who were so appreciative. “It was really cool; it really sowed a seed with me.”

“I knew I wanted to help people,” he says. “I want to dedicate myself to that… to listening, being an ear more than a mouth.” 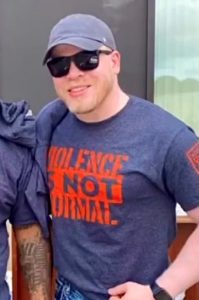 He and one of his brothers helped to launch AMPP – the Arts & Music Police Partnership- in collaboration with the Worcester Police Department. The initiative now in its 4th year, teaches music to at-risk youth. But more importantly uses music as a means of mentoring youth – helping them find their voice through music.

Eventually his community involvement and volunteer activities led him back at WCAC when a case manager position opened in the agency’s Safe & Successful Youth Initiative program. In his role he sees himself as a mentor – helping at-risk youth with whatever resources they would need to move forward in their lives. Resources may include education, finding a career path, and in some cases mental health.  He notes the critical role WCAC’s many community partners play in his ability to be in tune with the community, to make referrals and help one another.

Bebe is currently completing his Associates Degree in Human Services at Quinsigamond Community College. He intends to follow that by pursuing his bachelor’s degree in Social Work, eventually achieving his master’s as a Licensed Clinical Social Worker. 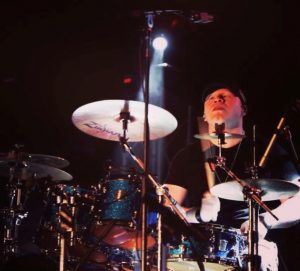 His passion for his job is readily evident. He talks about the young men he works with as ‘his guys’. “I see a big need – a real void. These guys have a lack of mentors, many coming from homes with no fathers or other role models,” he says. “It’s my passion, my strong desire is to fill that need. It’s so much more than a paycheck – I’m still making noise.”

IMPORTANT NOTICE: WCAC's main office remains closed due to ongoing building issues. Fuel clients can call 508-754-7281 to check on the status of your application by entering your social security number and/or to leave a voicemail for staff to call back. For all other home heating inquiries please contact For all other matters contact    (Updated 5/23/2022)