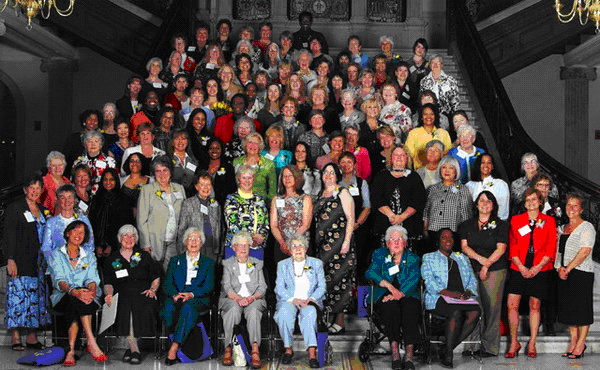 Priscilla Holmes, WCAC Deputy Director, was recognized by the Massachusetts Commission on the Status of Women as one of the 100 “Unsung Heroines” of 2009 at the State House on May 13, 2009. A West Boylston resident, Priscilla Holmes will be honored for her extraordinary work with customers—particularly women—during her almost 20 years at the antipoverty agency that serves over 70,000 individuals and families in 37 towns through 20 emergency and economic self-sufficiency programs.

WCAC Executive Director Jill Dagilis said, “Priscilla is a consummate professional. She consistently demonstrates keen leadership, decision-making, and team building skills. Her work has a strong common theme: service to people in need. As a WCAC ambassador, Priscilla keeps the work of the agency, those we serve, and our mission in the forefront of her efforts. She is tireless, goes above and beyond the call of duty, and is always professional, on time, and focused on the positive.”

“Our Unsung Heroines are women who don’t make the news, but make the difference,” said Kira Dunn, MCSW Executive Director. “They are women who use their time and talent to show us the meaning of the saying, ‘Be the change you want to see in the world’.”

WCAC October Enews: The Heat is On

Help for homeowners, renters, landlords and more Community Action News October 2020 THE HEAT IS ON Home: A place where most of us have spent a lot of time these past seven months. While we are doing o
View on Facebook
·Share

In order to do our part to keep our employees, our clients and the community safe, WCAC’s administrative offices remain closed to the public due to COVID19. Staff is working and is available by both email and phone, but please be patient if there is a delay in our response time. Please email us at or call 508-754-1176 to leave a message for our staff.